It’s no big surprise that Maui has exceptional snorkeling, as the island has more miles of swimmable beach than any other in Hawaii. Laid back and less developed than say Oahu, our reefs face less pollution and have thus remained more preserved. But Maui’s biggest snorkeling claim to fame lies miles off the coast; behold, Molokini Crater.

Yes, it’s possible to snorkel in a crater, and yes, it’s as fantastic as it sounds. Fortunately, this magical place is fairly accessible; and of course the best way to get there is with Sail Maui. 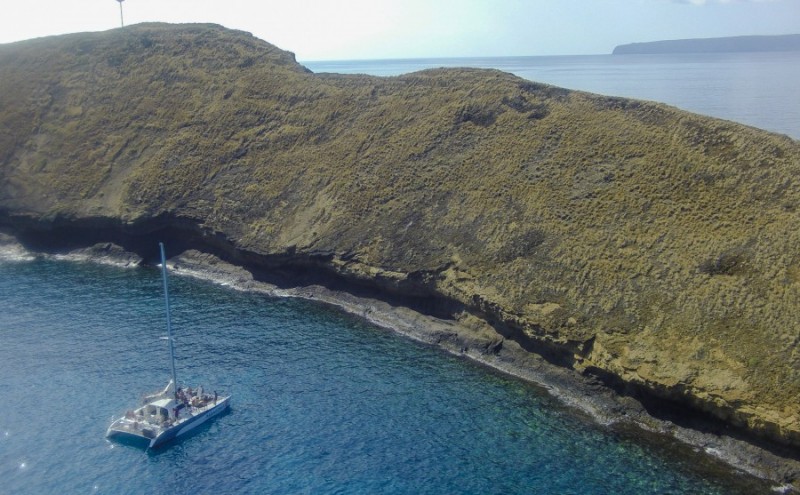 Molokini is a partially-submerged, crescent-shaped volcanic crater located in the Alalakeiki Channel between the islands of Maui and Kaho’olawe, and is one of only three volcanic calderas in the world. Scientists estimate that Molokini formed about 150,000 years ago from the eruption of an ancient volcano. Over time, the northern rim of Molokini eroded and the sea flooded the center of the crater, creating a haven for marine life. It is considered one of the best sites for snorkeling and diving in Hawaii, and is protected as a Marine Conservation District. 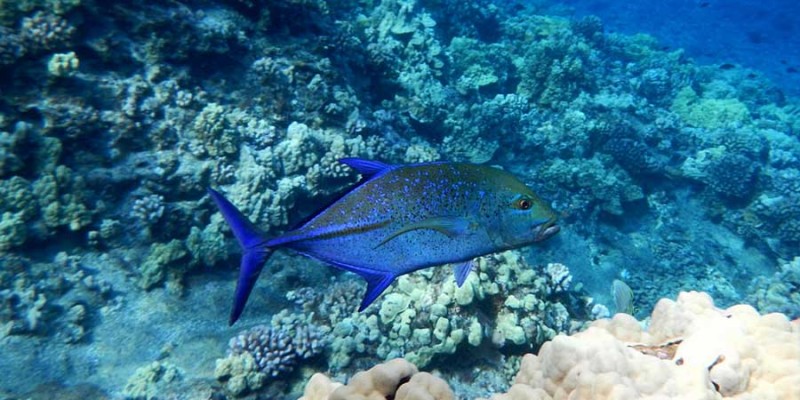 As Molokini is situated off shore and is only accessible by boat, it offers some of the cleanest and clearest water in Maui; a big reason why snorkeling molokini crater is so amazing. Visibility is usually around 100 feet but it often surpasses 150 feet. The crater’s visibility is also enhanced by the fact that it is rock, meaning very little sediment washes down into the water. As a result, sunlight is able to penetrate deep into the water. This sunlight then feeds the algae living in the coral. Offshore currents wash away any sediment or pollutants that do make their way into the water, making for a very healthy coral reef.

Not only is visibility excellent, but Molokini’s volcanic walls generally protect it from ocean swells, which usually make for perfect snorkeling conditions. The same walls—the outer walls—also provide some of the best scuba diving in the world. 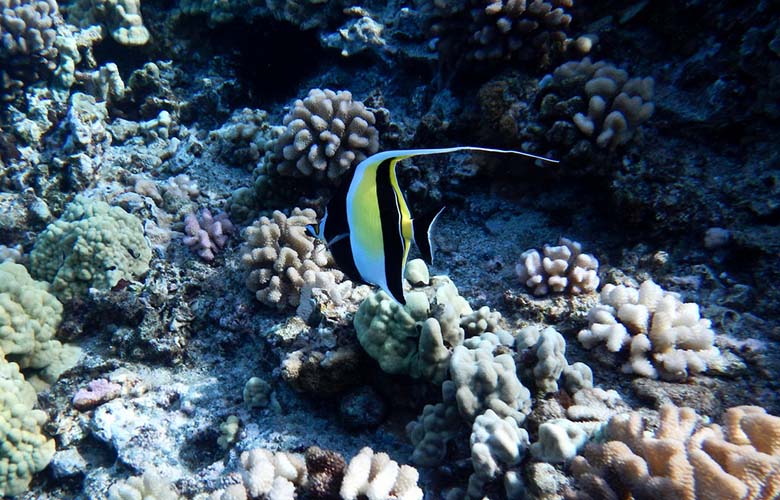 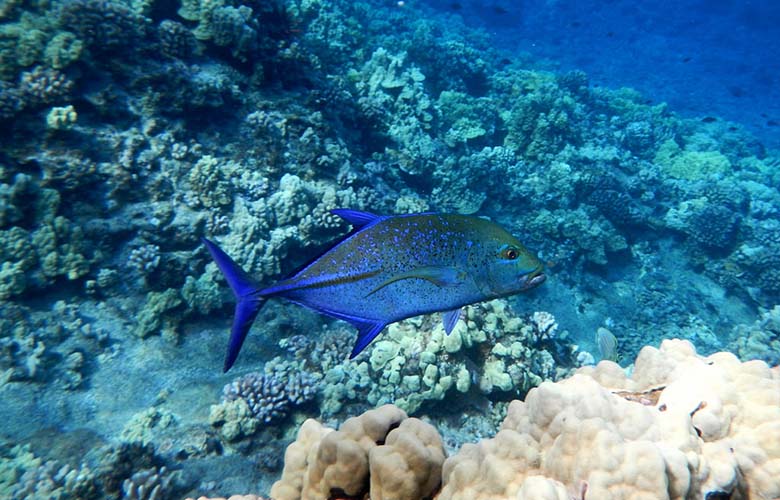 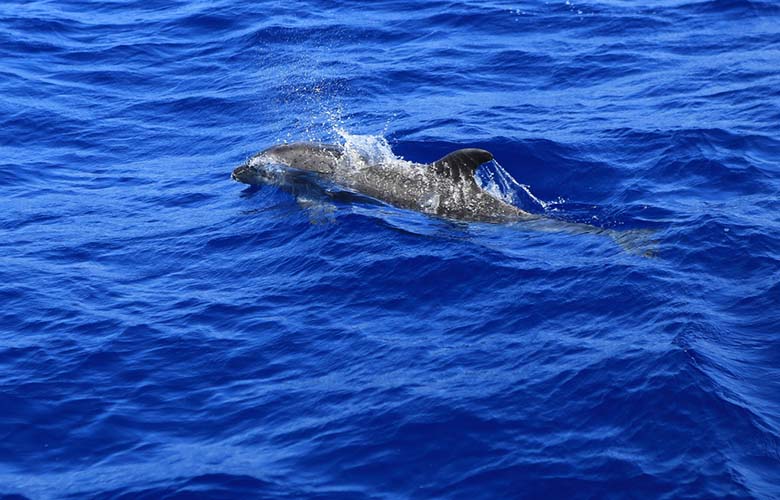 In 1977, Molokini was declared a Marine Life Conservation District, and as such the reef, fish, birds, and all other marine life is protected from fishing, collection, and other destructive human activities.

Snorkelers can see a vast array of marine life in Molokini. In fact, there are over 250 types of marine species in and around the crater including butterflyfish, parrotfish, damselfish, surgeonfish, tang, Moorish idol, wrasse, perch, squirrelfish, snapper, and jacks, just to name a few. You can also see the former Hawaii state fish—and the fish with the coolest name in the world—the humuhumunukunukuapua’a, also called the humuhumu for short. There are also eels, crustaceans, invertebrates, and reef sharks.

Whale sharks, manta rays, and Hawaiian monk seals have also been sighted here as well, so make sure you bring your underwater camera or GoPro! And while they don’t enter the crater itself, humpback whales frequent the area during whale season, which makes for an exciting sail to and from Molokini. 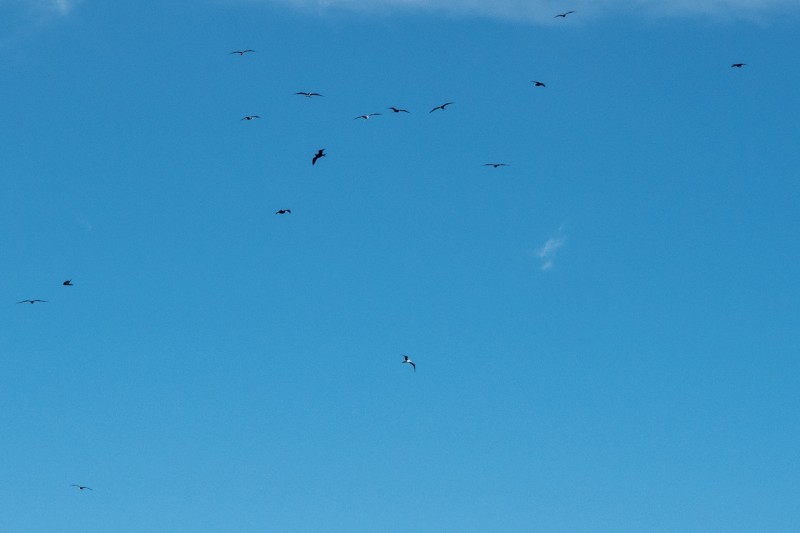 Molokini is home to some of Hawaii’s most impressive bird species as well. Designated as a Hawaii State Seabird Sanctuary, there are over 1000 pairs of seabirds nesting on the cliffs. The Wedge-Tailed Shearwater can often be seen soaring high above the crater, and can allegedly reach depths of 216 feet! Other birds seen at Molokini are the Bulwer’s Petrel, and the Great Frigate, known in Hawaii as the Iwa, Hawaii’s largest bird species.

With its dazzling array of marine life; excellent visibility; calm waters; healthy, vibrant reef; and proximity to Maui, Molokini is a superb place for snorkeling; and Paragon II is the fastest, most enjoyable ride there you’ll find.

Follow us @sail_maui to see our photos from Molokini & more!