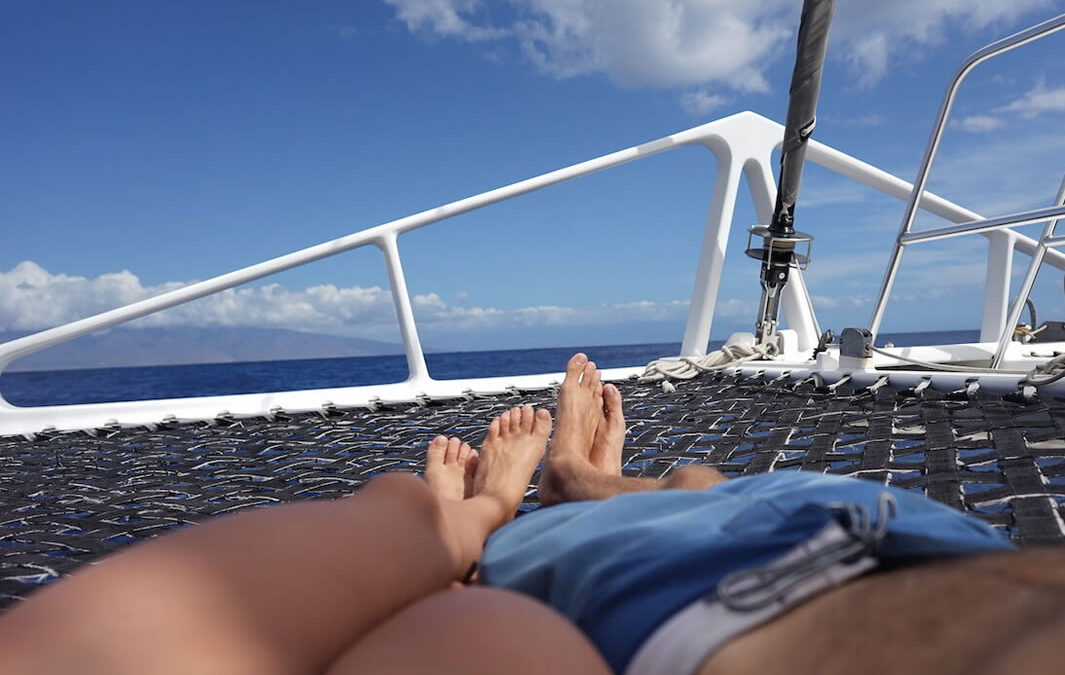 Stuck inside wishing you were someplace tropical? We understand. We might be stranded in paradise, but believe us when we say that we’re missing sailing the coastline and lounging on the beach as much as anyone. Luckily here in Hawaii we can still access the ocean, but aside from essential exercise, we’re pretty much hanging at home. Seeing as how we’re all couch castaways these days, we thought we’d put together a list of some of our favorite films so you could get a taste of the sea as well. Call it a virtual vacation? Whether you want to laugh, entertain the little ones, get lost on an adventure, or learn something new and inspiring — our top 10 quarantine watch list should have a little something for everyone!

Because who doesn’t like a coming of age Disney movie? Especially one with a Polynesian princess who sets sail across an ocean to restore the earth and save her people! This instant classic is one of our favorites for so many reasons! Beautiful story, wonderful characters, and even a great soundtrack. Guaranteed crowd pleaser, all we can say is that you’re welcome. Stream it on Disney +.

While this might not be a warm & fuzzy feel good movie, it’s a great film for anyone who likes the ocean, or really just anyone living on earth. Learn what’s happening to our critical marine ecosystems and just what is at stake if corals continue to disappear. As ocean advocates we highly recommend this award winning documentary that New York Times aptly calls “an emotional race against time”. Stream it on YouTube for Free, Mahalo Netflix!

A crew favorite and a hilarious cult comedy, if you haven’t seen Captain Ron you’re really missing out. As entertaining as it is ridiculous, give it a watch if you’re in the mood to laugh. Rent it on Amazon Prime.

A film by Patagonia, this movie is like everything else the brand puts out; beautiful, thoughtful, and meant to inspire. Fishpeople features a cast of water men & women who spend their lives in the ocean, and tells the unique story of how each have been transformed by the sea. Lighthearted and visually striking, this flick is the next best thing to heading for the beach. Stream it on Tubi for free.

Snuggle up on the couch and break out the ice cream! Silly and endearing, 50 First Dates definitely makes our Top 10. We love a good rom-com, and the breezy tunes and Hawaiian scenery make this one even more nostalgic. Rent on Amazon Prime.

Longing for adventure? Check out this wild tale told by a woman who sailed twenty ocean crossings with her husband and often their children. Not necessarily inspiration for your next family vacation, it’s a pretty spectacular story of skill and seamanship, and an exciting first hand account of going up against some of nature’s harshest conditions. Stream it on Amazon Prime.

This cute animated film about a sea turtle finding his way is fun for the whole family. Not only will it capture the attention of little ones, but it has a little more message than similar films like Disney’s Finding Nemo which is why we chose to include it on this list. Stream it for free on Tubi.

We love a movie based on a true story, even more so when it stars Jeff Bridges. This high-seas drama tells the story of the Albatross and her crew, and the awful storm that sank her. Rent it on Amazon Prime.

It’s tough to focus on more than one crisis at a time, we know. But the issues we’re facing with our mounting global plastic pollution deserve our attention and our action now more than ever. This film documents first hand the extent of the problem, and how industry & our everyday choices are impacting not only our ocean but ourselves. We hope you’ll check out this out and feel empowered and inspired to enact change. Stream it on Netflix.

This heartwarming tale is what we all need right now; a moving and unifying story with a happy ending. If you like whales, based on a true story movies, and John Krasinski as much as we do, you’ll definitely enjoy Big Miracle! Stream it on Netflix.