How To Avoid Getting Seasick 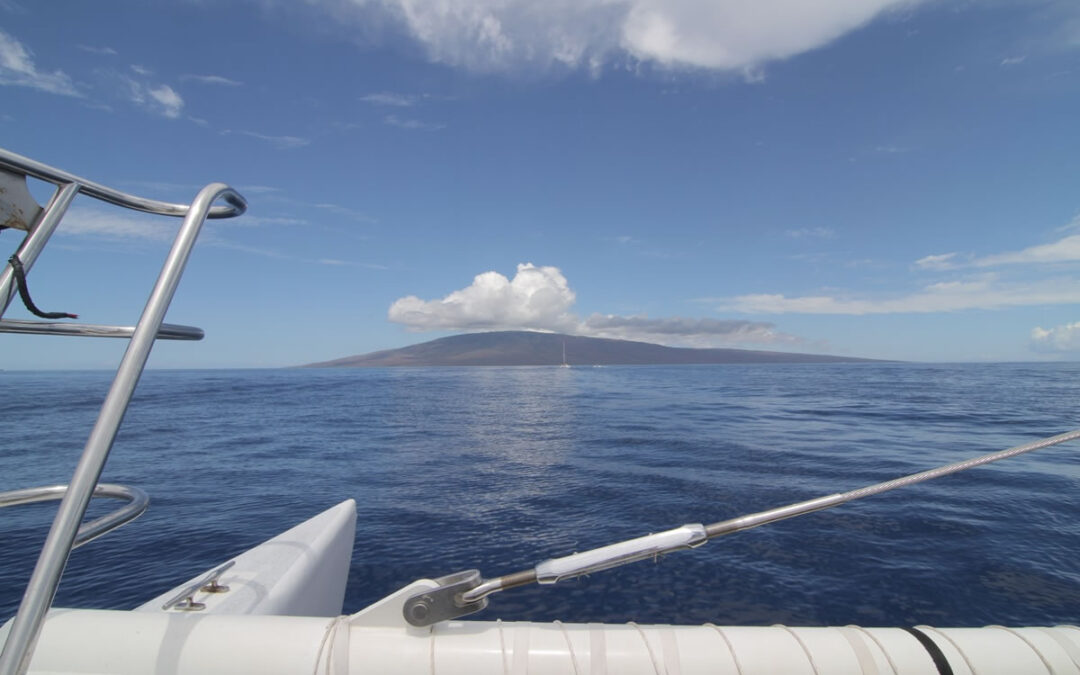 Spending a day on the water should be fun. Unfortunately for some, that’s not always the case. Sea sickness doesn’t tend to happen too often on Paragon or Paragon II. When the trade winds are blowing strong we can encounter quite a bit of chop, but typically the water where we sail is fairly calm. We also have an advantage as a catamaran, in that we don’t sway back and forth with the same intensity as a monohull will at anchor, and when our sails are up there is an element of lift, making the boat’s movements less vulnerable to the sea state. That being said, the gentle rocking of the boat that many find relaxing can occasionally reduce others to misery. According to an article in Popular Science, motion sickness is experienced when the central nervous system receives conflicting information from the inner ear, eyes, and both the pressure and sensory receptors which control our sense of balance. So why do some people get sea sick and others have apparent iron stomachs? No one really quite knows. But we do have a few helpful tricks that can keep you as comfortable as possible if the dreaded mal de mer strikes while you’re out on the high seas.

For some, over the counter medicine works best. Dramamine seems to be the most popular brand and we’re asked quite frequently if we have it on board. We don’t. If you intend to take over the counter medicine, our advice is take it early, don’t wait until you start feeling ill. We will caution you though; potential side effects of Dramamine include drowsiness, dizziness, blurred vision, dry mouth, nausea, vomiting, and irregular heartbeat. To us, that kind of sounds like sea sickness; pick your poison?

If you want to go the natural route, some people swear by ginger. Everything from ginger chews to ginger ale is touted as a natural remedy for any kind of stomach upset. This certainly has some truth to it, but make sure what you’re getting is real ginger. Sugary candies and sodas with ginger flavoring won’t do much to curb an already irritated tummy, so try having real ginger tea in the morning or even ginger root capsules if you’re turned off by the flavor.

Sea Bands are another popular alternative. Easy and drug free, sea bands are elastic bands worn on both wrists that apply pressure to your Nei Kuan acupressure points. Didn’t know you had Nei Kuan acupressure points? We didn’t either, but despite this remedy seeming novel and new age, sea bands are available at most any drugstore and have become mainstream due to their incredibly effective design. You can use them in unison with any other method since there’s no drug interaction and double down on your preventive measures if you’re concerned.

In the realm of natural remedies, homeopathy seems to work the best of any treatment we’ve come across. Hyland’s Motion Sickness is our favorite formula, and can be found at your local pharmacy or health food store. Fine for use even after you’ve begun feeling awful, homeopathic remedies have no side effects and are totally safe to be taken with other medications.

If you’re joining us on a sail and you’re not sure if you or someone in your party is liable to get sick, it may be worth your while to pick up some of the preventative options we’ve gone through above, even if for peace of mind. As a rule of thumb when on the boat, keep hydrated, and find a place to relax outside of the cabin in fresh air where you can view the horizon. Being inside can throw your equilibrium off exacerbating any feelings of unease, especially if you go down below where there is far less airflow and motion is more pronounced. Laying down, cooling off, and sipping ice water can sometimes help to alleviate symptoms, and we’ve also found it can be beneficial to put an ice cold soda can or bag of ice behind the neck.

The most important piece of advice here, if seasickness strikes – please don’t be embarrassed! It happens, as much as we wish that it wouldn’t. We’re pretty confident this list will prepare you for any sea state we may encounter; but at the first sign of turning green, let a crew know and we’ll do everything we can do to keep you as comfortable as possible!