Aloha! Let’s talk about beer. The world’s third most popular drink, losing out only to water and tea.  Historians believe beer might also be the oldest drink, dating back to the earliest of times. Maui, and more specifically Lahaina, first became known for its pubs and bars in the 18th Century, thanks to an influx of sailors and tradesmen resting up after a hard few weeks of whaling. Now beer drinkers are more likely to have exhausted themselves looking at the reefs of Maui on one of our tour boats, away from the office.  Regardless, there is still poetic familiarity in Maui’s 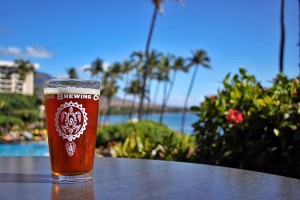 That’s a lot of history and a whole lot of beer.  Here at Sail Maui we think it’s safe to say that the beer produced by the Maui Brewing Company is some of the best we’ve ever tasted.

The Maui Brewing Company was formed in 2005 and like Sail Maui  holds Maui tradition very close to its heart. The sun, sea and culture have named this beer the number one choice on the island, and that’s not just because of its sublime taste.

The brewery’s devotion to its homeland won’t surprise established fans. Even their motto echoes the sentiment: “To Make Authentic Ales and [img type=”” responsive=”true”] 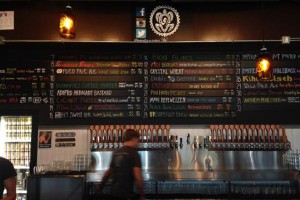 Unlike the larger corporations, Maui Brewing Company continues to produce their product on-site at the Kihei Brewery. They have been based out of this location since they launched over a decade ago, and they regularly run sell-out tours on the premise. They also operate two fantastic brew pubs, one in Lahaina and most recently, Waikiki.

More particular connoisseurs will be pleased to know Maui Brewing Company has made it a priority to incorporate an authentic taste of Maui into their recipes. For example, the Coconut Porter was the first beer to use Hawaiian coconut in the brewing process.